Blog: The Pan Am Games Come To A Close!

With the Pan Am games officially coming to a close and being passed on to the next host nation, Peru, Toronto’s impressive ending celebration was a success!

The Games, which not too long ago, were a ridiculed subject by Torontonians due to fears of traffic chaos fuelled by HOV-road rage combined with initially lacklustre ticket sales, quickly transformed into an event that showcased Toronto’s ability to host large scale events and do so with pride. With more than 1 million tickets sold, the undeniable energy in the stands served as a platform for our Canadian athletes to win a Pan Am national record of 78 gold metals, beating the previous record of 64 in 1999.

With the stress and anticipation lifted, the 3 325 athletes proudly marched into the closing ceremony, in a parade of dancing and joy. Performances included Serena Ryder singing the official anthem, “Together We Are One”, along with noted stars Pitbull and Kanye West.

The closing ceremony also featured a mash-up of song and dance performances radiating the multi-cultural excellence of Toronto, as the PanAm countries saw a Chinese dragon dance transition into Irish and Scottish step dancing, with Indian Bangra dancers waiting in the wings. The overlapping performances were designed as a “symbolic gesture of unity and the connective threads we all share.” 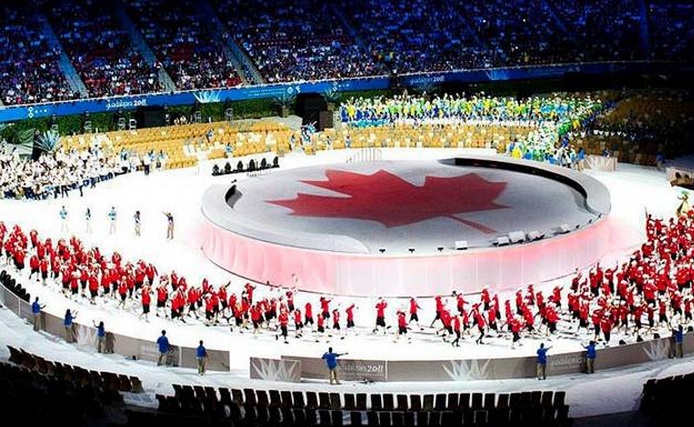