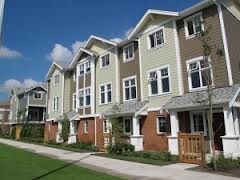 May 3, 2013 -- Greater Toronto Area REALTORS® reported 9,811 sales through the TorontoMLS system in April 2013, representing a dip of two per cent in comparison to 10,021 transactions in April 2012. Both new listings during the month and active listings at the end of April were up on a year-over-year basis.

“Despite the headwinds we have experienced in the housing market this year, April sales came in quite strong in comparison to last year. As we move through the spring and into the second half of 2013, the demand for home ownership should continue to
firm-up relative to last year,” said Toronto Real Estate Board President Ann Hannah.

“It has been almost a year since the federal government enacted stricter mortgage lending guidelines. It is realistic to surmise that some households, who originally put their decision to on hold, are once again looking to buy,” continued Ms.
Hannah.

“The condominium apartment segment in the City of Toronto was a key driver of price growth in April, with both the average selling price and the MLS HPI apartment index up on a year-over-year basis. The improved picture, with Toronto sales down by only one per cent compared to last year, suggests that interest in condo ownership may be improving," said Jason Mercer, TREB's Senior Manager of Market Analysis.