Government of Canada has announced today that Pickering will get an airport! 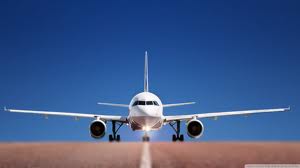 Plans to build the airport would begin immediately. Transport Canada released a study in July 2011 concluding a new airport would need to be built as early 2027 to accommodate traffic growth and aviation.

The airport would be built on the over 18,000 acres of federally owned land that borders Regional Road 7 and Brock Rd.

The land use will be devided into an airport, economic development and a park.