Top Areas To Buy A New Homes In Durham Region 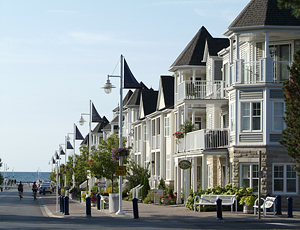 Durham Region has hit a growth spurt in the past decade, and now more than ever homes are quickly being built to keep up with this growth. New homes in Durham Region are quickly outnumbering mature properties, and for good reason. Sections of the west GTA like Peel and Halton Regions saw much of their population growth in the past two decades, and housing costs are reflective of this. Durham Region however is currently in a housing boom, and young families and couples can afford a larger house than elsewhere. The following areas are some of the best places for new homes in the Durham Region.

Pickering is the closest you can be to Toronto in the east GTA without being in in Scarborough. Housing in the town is booming for this very reason, with multiple subdivisions being built in the next two years. Given that Pickering is so close to Toronto, the town comes with multiple perks that can’t be found in other towns. If you were considering buying a home in Scarborough, Pickering will offer you far larger properties for a similar mortgage. The GO train runs express trains from Pickering to Union station for a commute that takes less time than driving and there is a beautiful and safe waterfront that features multiple parks and residential areas.

Ajax has recently seen an incredible amount of growth, and as such, housing developers have quickly jumped at the opportunity to build houses in the town. Ajax is directly connected to the 401 highway and the lakeshore GO train line, meaning those who work directly in the city of Toronto can commute without hassle. Both the north and south end of town are being developed, both with different sets of benefits. The north end of town will inevitably be quieter than the south, filled with subdivisions and schools. The south end of town features homes close to the waterfront, GO train station and highway.

Oshawa is one of the farthest towns from Toronto, but buyers will happily get the most house for their money. As Oshawa begins to gentrify and develop, buyers will quickly see the value of their home rising over the next few years. Multiple subdivisions will be built over the next few years, with early investors getting the best deals. Oshawa has many benefits for residents, including the University Of Ontario Institute Of Technology and the GM car assembly plant. If you want to buy a house that will quickly gain you significant amounts of equity, it’s time to invest in Oshawa.

Many towns in Durham Region are seeing quick home growth, as their proximity to the 401 and waterfront views have begun to draw in those willing to commute into the city. As these towns grow, and property values quickly increase, investing in these areas now will allow you to build fantastic equity in your home. To learn more about new homes in Durham Region, and for help finding the perfect home, contact us at Mary Roy and Team today!